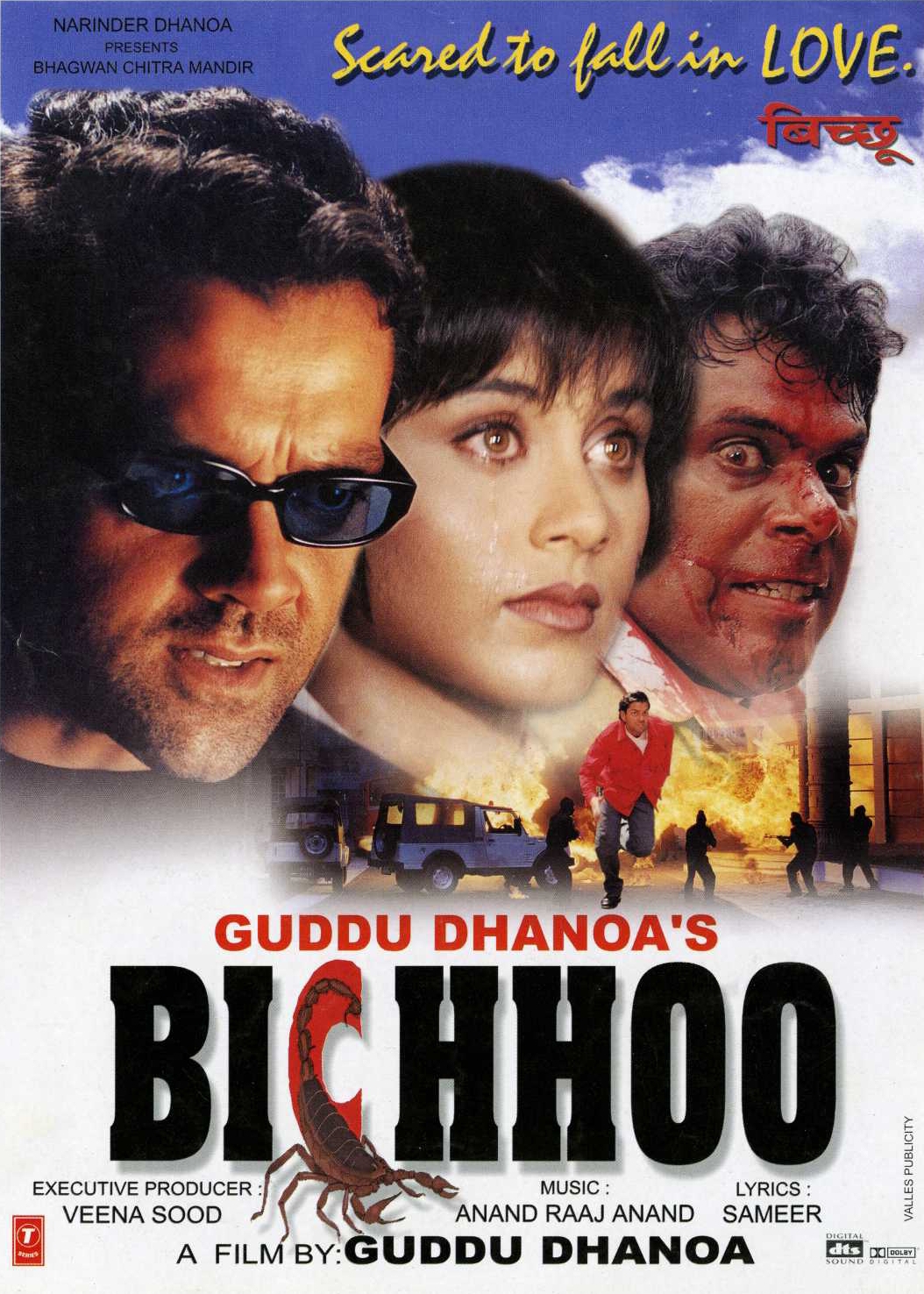 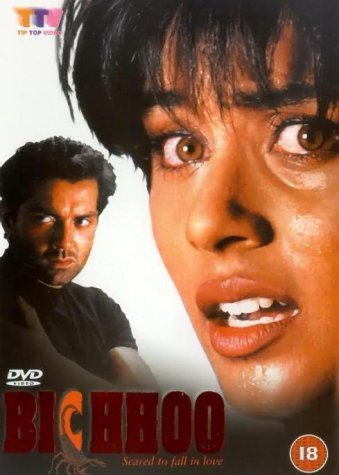 A contract killer with a tragic past trains a teenage girl to avenge the murder of her family and falls for her in the process.
Bollywood musical remake of Luc Besson's groundbreaking 'The Professional.' Jeeva is India's deadliest assassin. He never had a reason to care until now. Kiran is a troubled teenage girl orphaned by corrupt killer cops. Jeeva must protect Kiran and avenge the murder of her family even if it means going to war with the entire city.
In my view this is one of Bobby Deol's best. This is different from regular Indian movies, which are usually long, dull, and predictable. Bichhoo is different, and even though it is a copy of Leon the Professional, it is great for an Indian movie. The story doesn't go soft and dry, the songs are not much of a disturbance to the pace, and Bobby Deol is believable as a tough-as-nails, battle-hardened, cold-blooded hero for hire! I didn't like his anti-cursing and anti-smoking attitude though, that was not realistic, not to mention his drinking milk like a good little boy, while he kills people for a living, was a bit out of place, oh well, this is an Indian movie afterall. The opening song with Hansraj Hans was a nice touch.

Overall 9/10. This Bollywood remake of Luc Bessons Leon was surprisingly good. I'm quite new to Bollywood films and didn't know what to expect. I chose a remake first so I could test the water a bit. I was quite surprised. Its no where near as good as the original but still its a really enjoyable action movie.

I had a bit of culture shock at first due to the amount of singing, but soon I began to enjoy that too. Its quite a stylish film as well and is not just a straight remake, although for the most part its sticks closely to the original. The performances are great and the action scenes all work quite well as well. We are also given more background on the Leon characters past. Something the original didn't have.

If you've never seen a Bollywood film before you could do a lot worse than see this...