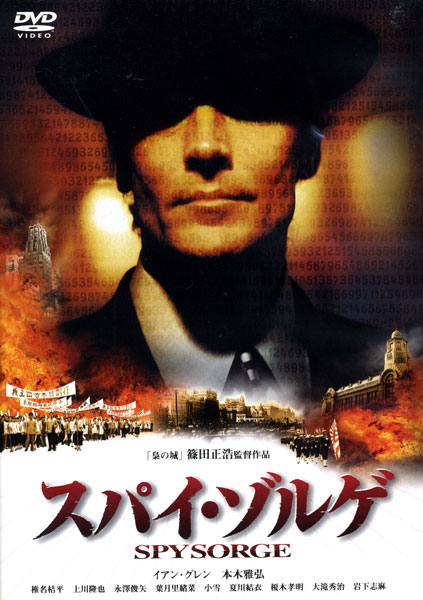 On the whole, this movie is very interesting to me. It seems to me that this film reflects the director's strong feeling for history of 20th century. In that sense, this movie has aspects similar to 'The Pianist' by Polanski.

As the previous reviewers of IMDb point out, this movie has many flaws. I have to agree that Japanese actors don't show a good work--especially when they speak English--, that using English instead of German or Russian misses a large part of reality in this film, that too much computer graphics is used, et cetera.

But these flaws never exhaust this movie's details. The viewers should appreciate orchestral music, harmonious muted color-tone, some actors' a bit caricatured action. In addition to these details, the director-writer carefully depicts the political scene in 1930s' Japan, which include Emperor Hirohito and Prime Minister Konoe.

But what I find the most impressive is his treatment of communism. He seems to be trying to let the viewers remember that there was a time when many people, even highly intellectual in their own way, believe in communism. And because of this, the VTRs showing the collapse of Berlin Wall and a statue of Lenin are very moving. I think our hero communists' struggles were worth telling in order to know the historical meaning of the events in late 20th century. 9/10 As the previous reviewer noted, the history is quite interesting. Especially concerning the political intrigues within the Japanese government and the context that lead to things like the 2.26 incident. However the acting in many parts was horrible bad. I don't know if this is because many actors aren't native English speakers so they can't act right when speaking in English or something, but I felt that many parts were just over done and had the feeling that the actors were amateurs. Plus there were way too many pointless scenes mixed in (the still scene of Nijubashi was put in there for countless times). Maybe in a Manga you'd put in those scenes to provide context, but certainly not in film.

Some people might say that this movie white washes Japan's role/behavior in WWII, but I that's not the point of the film. WWII and the 30s were just the backdrop to the story of Sorge and Ozaki, people whose sympathy for the poor had mislead them to risk their own lives and the wellbeing of their families to serve an ultimately futile cause.

The moral I got from this story is, don't give in to temptations to serve some greater cause and throw away the truly important things in life like love and family. Richard Sorge wanted to change the world, all he managed to accomplish was to ruin himself and the lives of the women who loved him, along with Ozaki who trusted him.