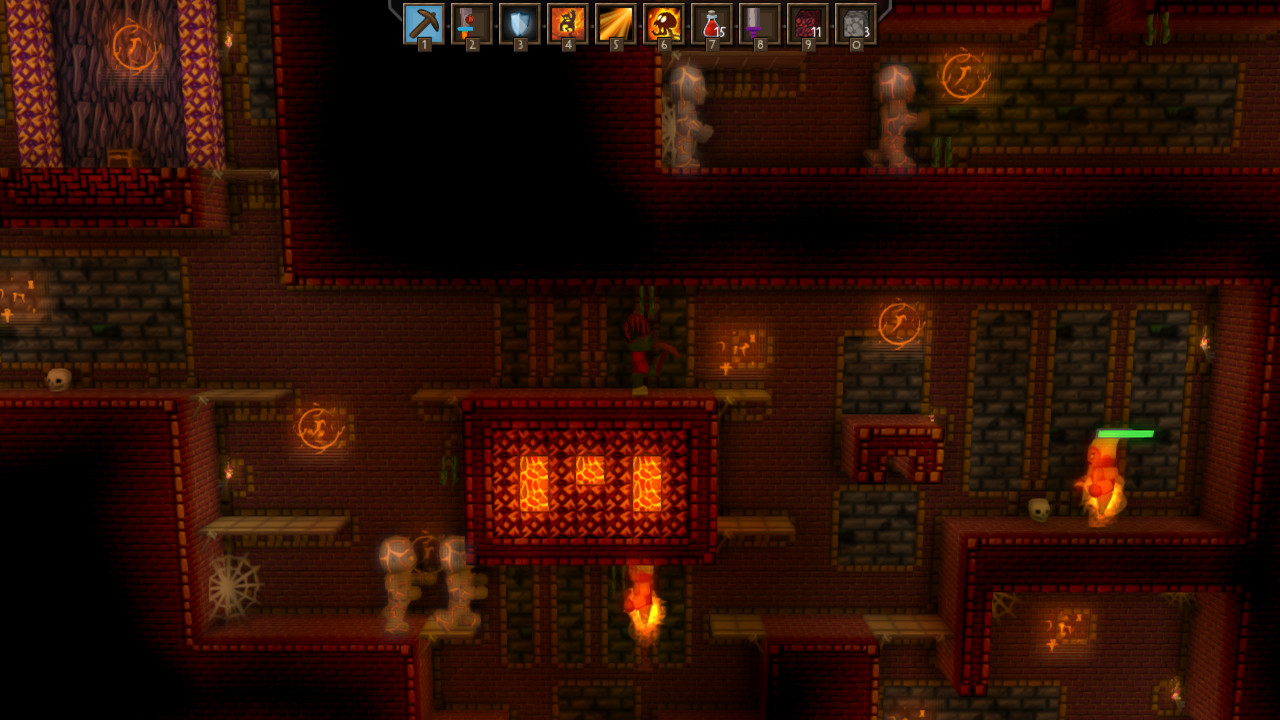 Explore, customize, and build across the world of Spoxel as you fight the otherworlders who have subjugated the land and forced the grounders below the surface. Use runes to construct custom powerful spells to use in your adventure or infuse weapons and armor with rare resources to create legendary items of power. Explore an infinite world and delve into other dimensions while you build a base to establish a foothold of power and defend it from your enemies!

Combine different materials and items to create different weapons and armor with unique traits and abilities. With the ability to move, rotate, scale and dye items that are added when crafting you can truly create unique armor and weapons that fit your character.

Create spells using a scratch based interface to create completely custom spells! Research and find new spell runes combinations to do everything from automining your resources to teleporting enemies into pits of lava.

Explore the vast world of spoxel and delve into a wide variety of biomes in your quest for power, loot, or maybe just the best chicken sandwich. 7ad7b8b382 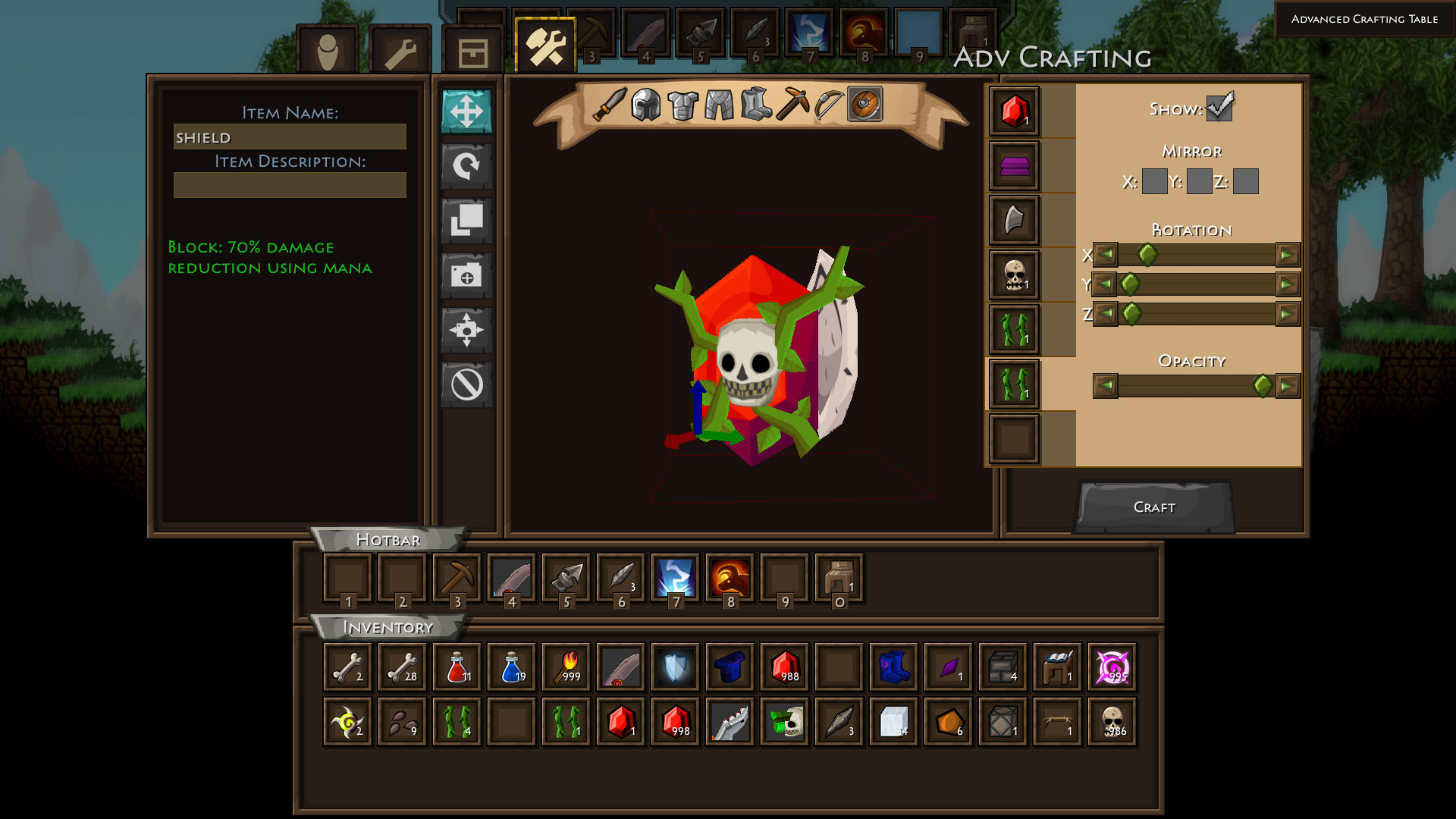 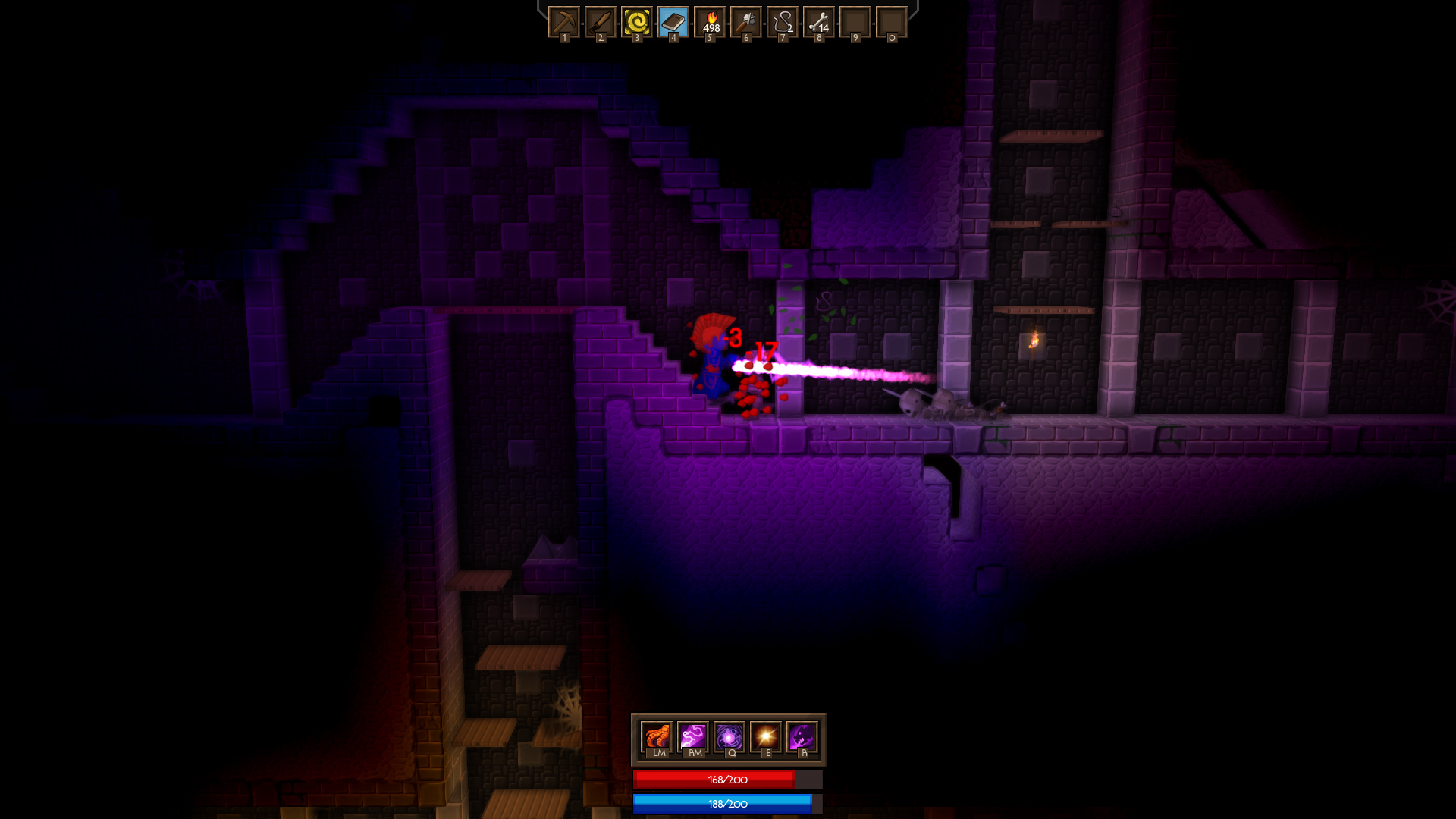 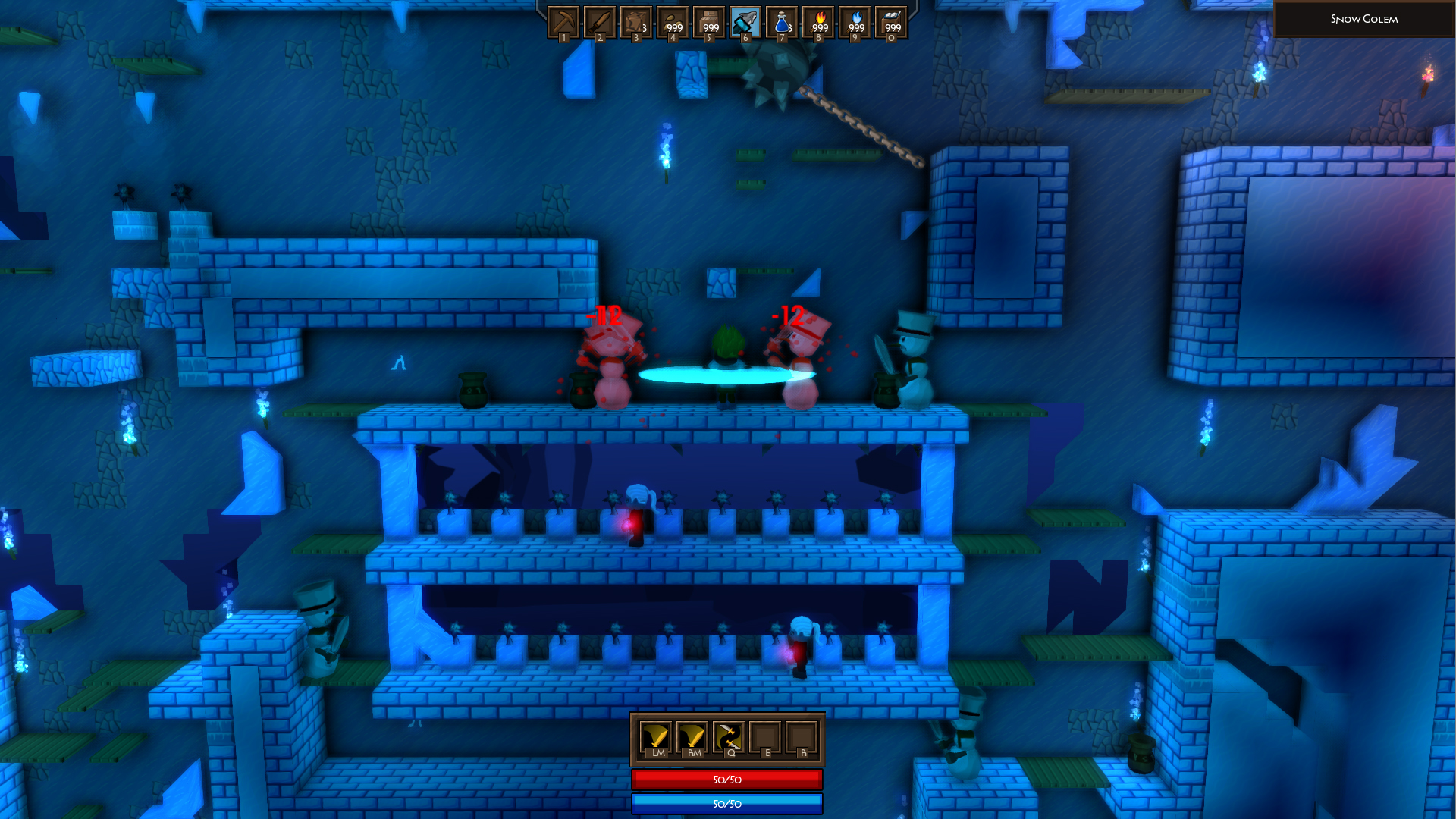 I can appreciate the 2.5D style, but you can't have the models and textures look this bad at the same time. Everything feels clunky and slow, the jumping is horrifically bad.

Just no.. Avid Minecraft\/Terraria player here:
Absolutely love the game so far. I can't believe I never heard of it until just a couple days ago, shortly after the release date. There's so much to do and learn, it brings so much excitement to the game. Of course there are bugs, but the developer is always responding to them. But if you think the bugs are too much of an issue, please don't give up on this just yet - save it until the patch updates.. At the time of this review, I have two hours in. So far, it's looking very similar to Terraria, which is a compliment and not a complaint at all. In fact, I was looking for a game that kept the aspects of Terraria I like and expanded on them. It looks like Spoxel will be that game.

I'm really excited about the crafting and spell systems, which should bring many long hours of enjoyment, along with exploration and treasure hunting, which is something I really enjoy doing.

The developer is active with the user base both on the Steam forums and Discord, which is nice.

I know I'm looking forward to what is to come. I'll update my review when I have more time in the game.

I've found one of the dungeons, got a bunch of goodies, made myself a couple nice swords, found a couple of handy spells and I've just touched the surface of the game. I did notice a screen blanking bug in the snow\/ice biome, where the screen would go light blue while I was moving around. I have confidence with time the bugs will be squashed.. There's a lot more of spoxel that I have yet to try out, but from what I've played already this is going to keep me busy for a while. Creating spells offers a lot of customization, where you can say how you want to cast it, what you want it to target, what you want it to look like, and a whole other string of effects after that. I can see this becoming overpowered but for right now it's fun and that's all I care about :D

. This is a fun game so far, I have noticed that alot of things that people said were wrong in reviews have been resolved. Good solid foundation.. Only real beef is the graphics are a little blah... but its a small download and doesn't need much in the way of resources to run. Good Job!. My recommendation comes with a caveat.

This game has a long way to go before it feels playable. The animations are very clunky and basic. The premise as far as I can tell is basically Terraria. The spell crafting system looks fun but I haven't got that far yet. I died and lost my pick within the first few minutes so I had to create a new character to get it back as I couldn't mine anything without it.

I recommend this because I think it has potential, but it's going to take a lot of work to get it to a good state. Hopefully the devs keep up with this.. On the surface, it's difficult to avoid comparisons with Terraria, but after a little while I saw the appeal in Spoxel. Its main strength (as far as I'm concerned) comes from the organic crafting system:
The tiered materials that we've come to expect are there of course (wood - copper - iron - etc), but after the wooden tier, every piece of equipment can be combined from a number of different pieces with some unique bonuses and abilities. This is great for those who like to finetune their character stats and those who like to design things visually.
Magic is similar - over time you unlock effects and properties that you can combine to make your own spells.

The game does a decent job at rewarding exploration and experimentation.
For example, I needed torches to light up the caves and dungeons I was going through. Soon I found enough research to unlock the "light" spell effect. I then created a spell that would light up the area around me so I wouldn't need torches anymore. Later still, I started tinkering with the items I could craft, from which I learned that candles can be crafted into equipment to emit light. This left me with more mana to spend on offensive spells which felt pretty good.

There's plenty more of that too - I found some decorative ankhs on the walls of a pyramid. I figured I'd gather a few because they looked cool. Back at my base I find out they can be crafted into items to give a healing stat. Mind blown.

I haven't experienced everything yet, but so far it seems promising. (especially with modding!) There are some rough edges currently but the game has never crashed for me.. The game can't be play on Multiplayer at all always crash to desktop. also in the server list... nobody in any room! always 0\/20 in every single room! make me doubt ... is multiplayer really work?!. Fun game, cool concept, quests pulled me right in!