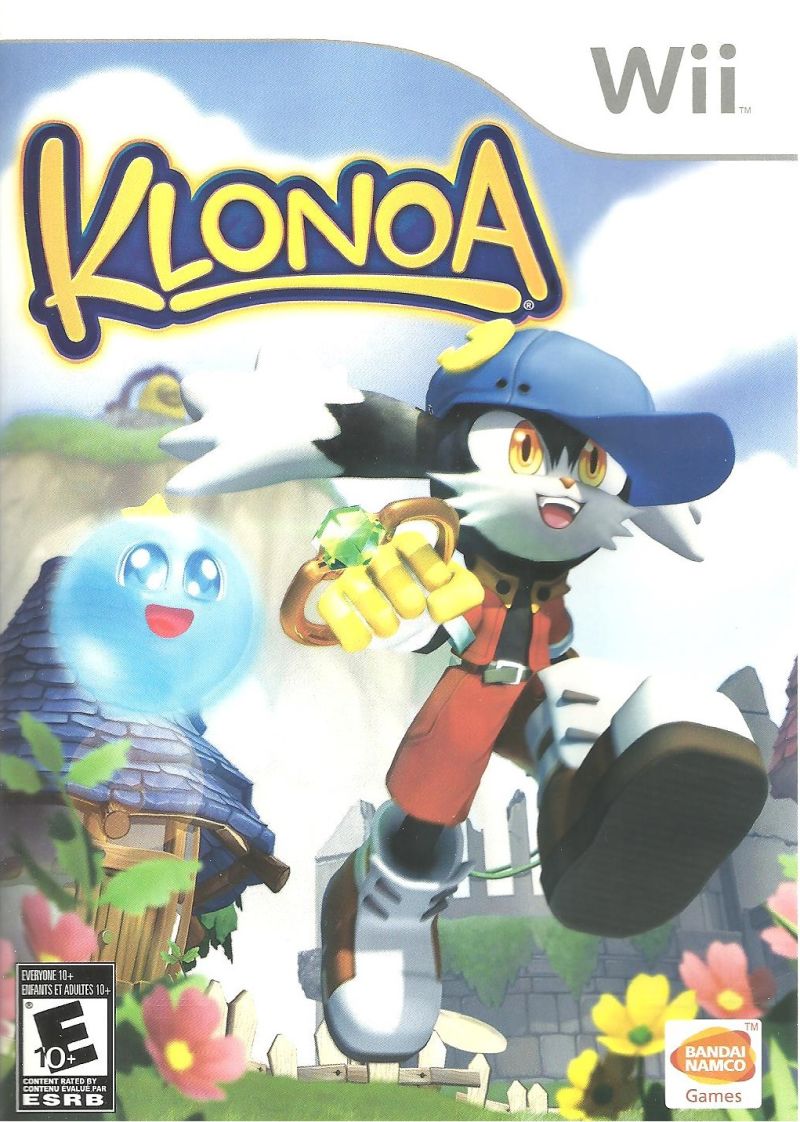 (www.plasticpals.com) In case you missed it the first time around, the critically acclaimed PS1 classic Klonoa: Door to Phantomile has been remade for the Wii. The development team is once again led by Hideo Yoshizawa, who cut his teeth on the Ninja Gaiden series for the original Nintendo. The old-school game design philosophy is echoed in the game's 2.5D levels; the world is 3D but the player is limited to a 2D play field. This clearly defines where you can and can't go, facilitating jumping challenges and preventing the camera issues seen in many 3D games.

Klonoa has a special ring that can grab and inflate enemies, who can then be pounced on to perform a double-jump or thrown at other monsters to eliminate them. That's it. Yet the designers have plumbed the depths of this simple set-up to create a wide variety of challenges. While never too difficult or as inventive as its sequels, Klonoa can be a bit tricky in spots, and the tight controls make it a joy to play.

I like this game design because it takes the standard respawning enemies (a nuisance in many other games) and turns them into valuable tools with which Klonoa tackles the world. If you accidentally mess up a tricky jumping puzzle, new enemies will respawn allowing you to try again. It may be 10 years old, but the level designs hold up well.

The original game had simple 3D mixed with 2D sprites that would pixelate when seen up close. Now everything is in smooth 3D, and there are nice effects like camera depth of field. I consider the original a nice looking game, but it's pretty amazing to compare it to the remake side by side. The side characters could have used a little more spit and polish, but there's no denying the game looks great.

Story scenes have full English voice-acting; Klonoa's voice is deeper and more masculine, and if you prefer the Phantomile gibberish there's an option for it. The CG animations have been replaced with scenes using the in-game engine which does a highly commendable job of recreating them.

A reverse mode mixes things up a bit for your 2nd play-through. You can change Klonoa's outfit (the original design and that from the sequel are present), challenge bosses in a time-attack mode, view the characters in a gallery, and watch all of the game's story scenes in a viewer. If you managed to find all the trapped inhabitants (6 in each level), you'll unlock an extra challenging stage which, when completed, unlocks a jukebox of the game's music. I would have liked to see the original game included as a prize, but overall it's a nice package.

What a great looking, fun little game! The 2.5D level designs make for much more dynamic action than in New Super Mario Bros., and the story is sweet (if a bit too cute for some tastes). Despite the fact it stands head and shoulders above most of the Wii's line-up, it might not get the attention it deserves. This is doubly sad since the creator has said that he would remake the sequel and do a third game if it proved popular enough. The Wii's audience desperately needs quality games like this if the market is to remain healthy.