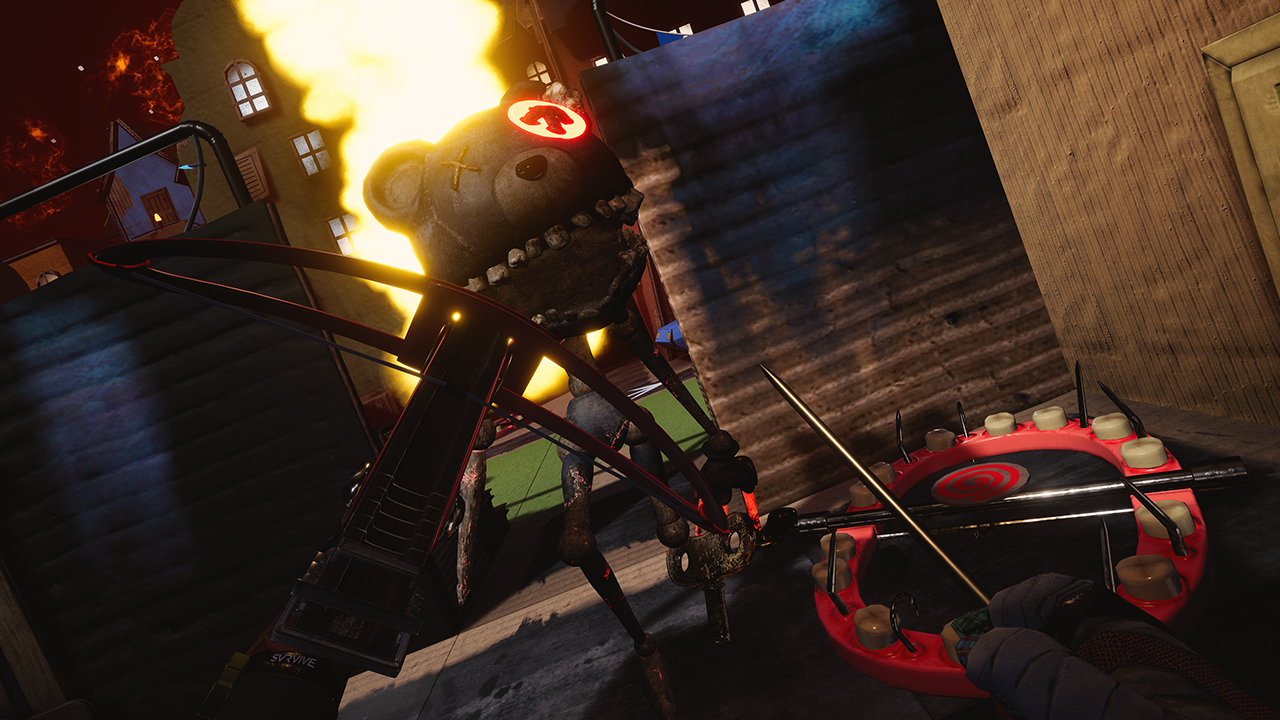 In a twisted world best described as ”a miniature cardboard city turned into a malicious science experiment”, you find yourself captured against your will by an oddly charming but mysterious YouTuber that goes by the name "Sven" in the deadly city of Kartong. Your life now depends on mediocre office supply-weapons and your every move is being filmed for his YouTube enjoyment - a truly odd experience, all wrapped up in challenging stealth/FPS gameplay. And oh, did we mention that you’re shrunk to the size of a toilet paper roll? Yes, you’re small... very small.

Available for Arcades on SpringboardVR

Kartong - Death by Cardboard! combines the cuteness of scary toys with the charm of paper cuts - all wrapped up in challenging stealth/FPS gameplay (that’s a legit genre, right?).

VR or Non-VR, it's all up to you!
Both PC and VR modes will offer procedurally generated levels with maps, traps, weapons and toy enemies constantly changing. A unique seed system also allows you to replay your favorite maps and share them with friends!

Life never gets easier!
So, you managed to find your way out of the city? Well, it ain't over yet pal. Kartong’s many difficulty levels will push you to the limit of your own madness. We would say “Prepare To Die”, but that’s a bit cliche now ain’t it?

Become the ultimate maze-warrior!
Kartong features a a local high score system for each difficulty as well as unique seeds to control the maps. So now you can challenge your friends for the best scores, get the sweetest upgrades and show off your rarest loot!

You like watching them and so do we!
With the new gameplay concept Kartong Co-Labs, we'll be able to put your favorite streamers and YouTubers into the deadly cardboard world of Kartong. The custom-made Co-Labs maps will feature different guest events, providing players with a growing library of challenge maps to play and explore. The various Co-Labs partners will be announced inside the game and on SVRVIVE Studios’ website as they go live.

A game jam gone horribly wrong!
After launching our previous title SVRVIVE: The Deus Helix, our dev team held a "lets-go-bonkers" game jam to blow off some steam. Obviously troubled by some very disturbing thoughts (disclaimer: we blame office air pollution), our team came up with Kartong. And once conceived, we had no choice but to bring a new unpronounceable game to the world. 7ad7b8b382 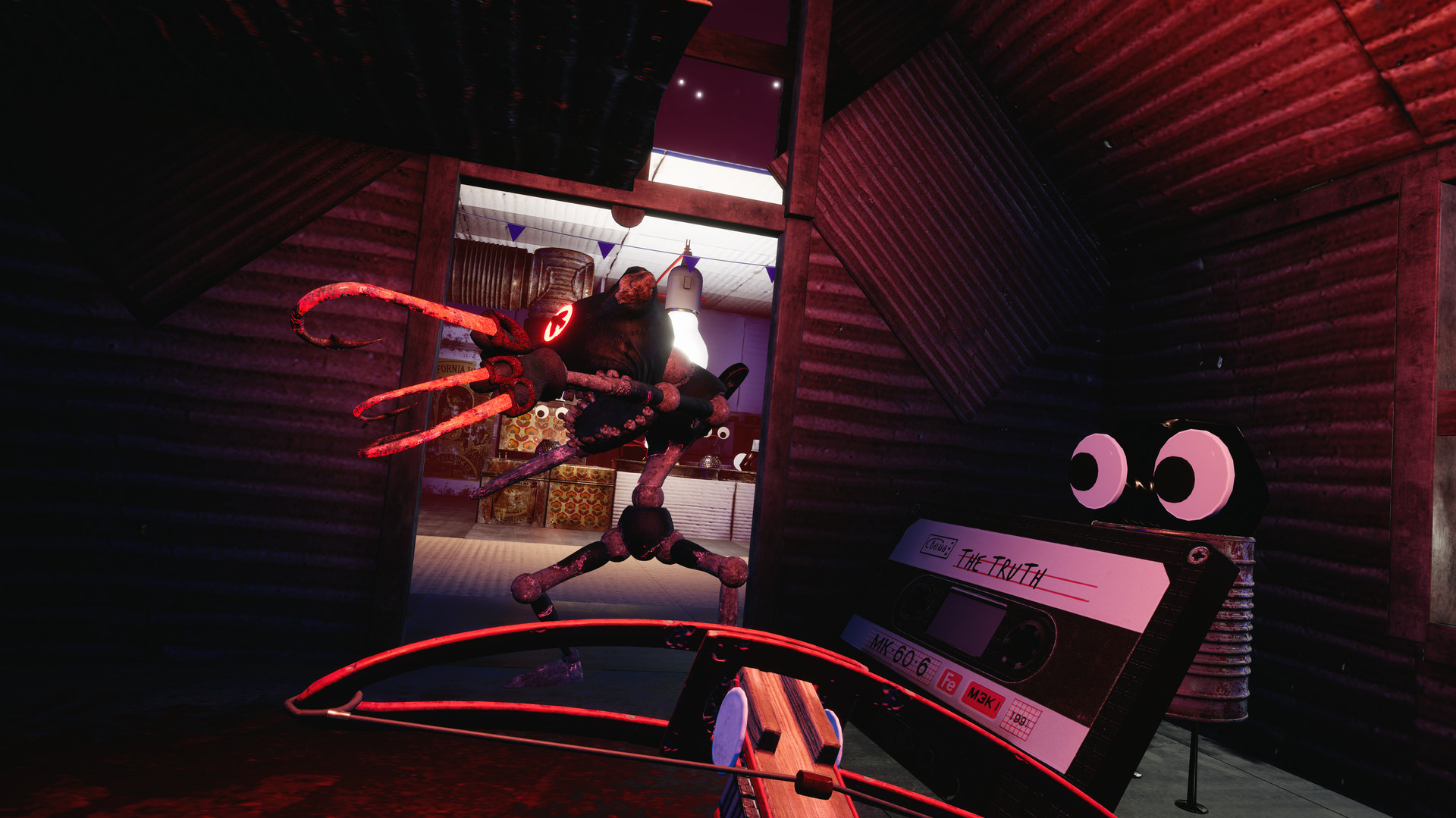 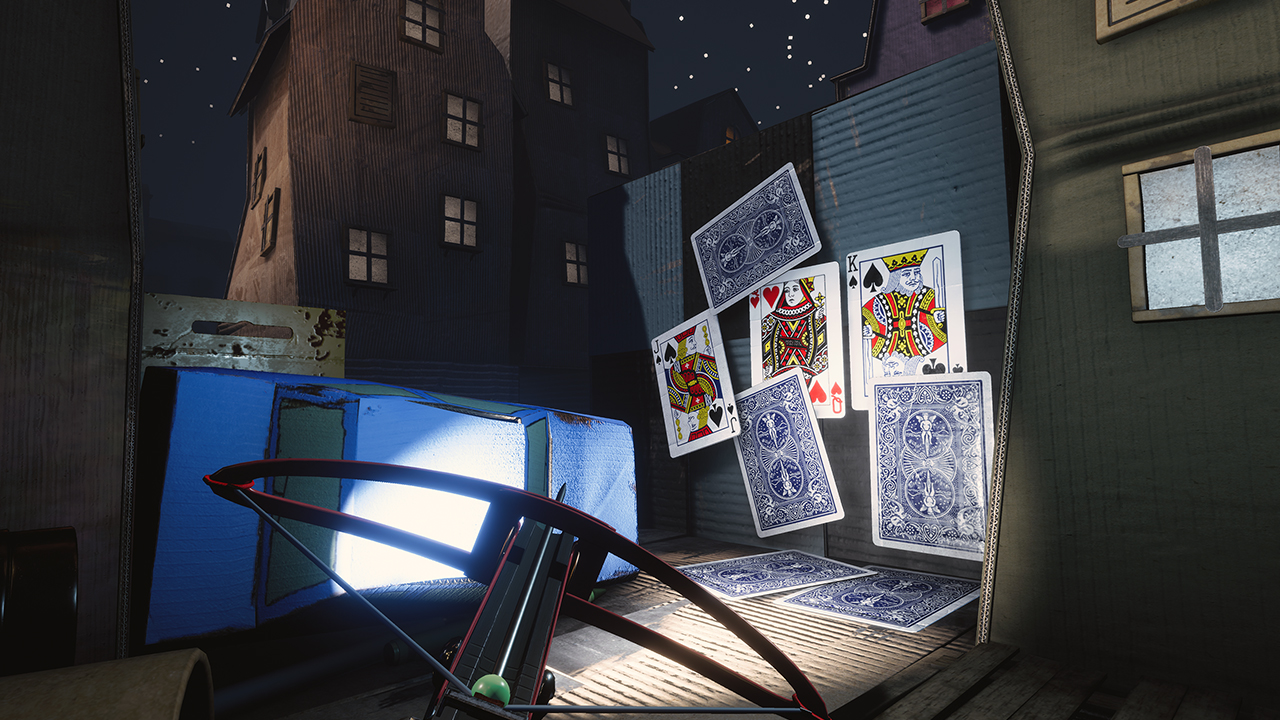 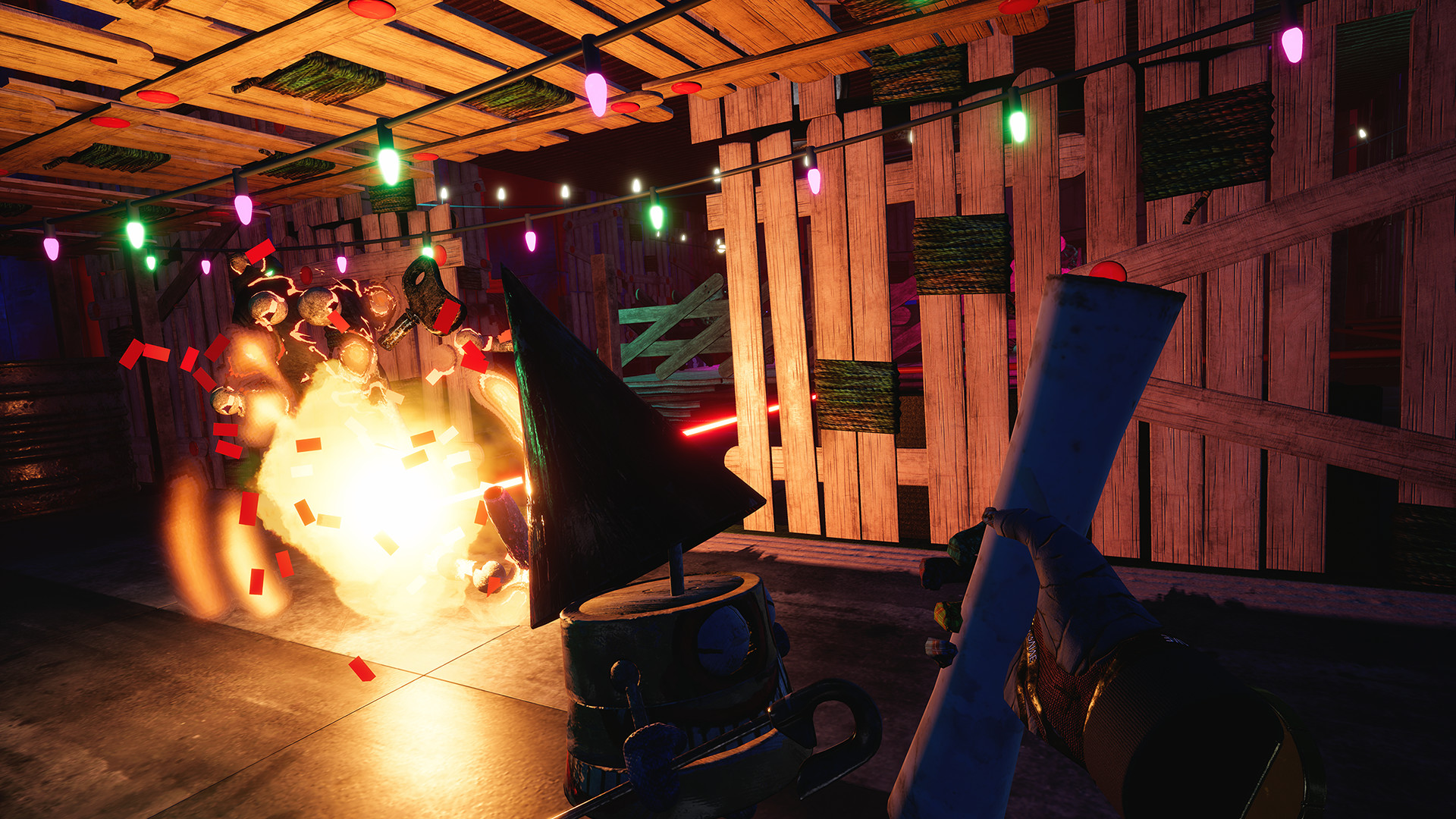 Get it on sale. Fun game. Takes a long time to load levels.. This game is super cool. The artstyle of the cardboard city is very cool and almost cute, but looks can be decieving when you strap on your headset. Although it may not be the scariest, this game is CREEPY AS HELL. And I love it. It is so much darker and freakier in the Vive or Oculus than it appears on the monitor. The despearate need to find the gear when the windows go red and the ticking sounds get louder (meaning the monster/s is/are close) also makes this game super intense. I would recomend this to all VR owners. It's very innovative, and Devs, keep up the great work!. Good game! If you like some labirints =) Well maded!

May be little bit boring... But its cool.. Really great design and game atmosphere! The music also fits nicely and I like how the windows turn red when enemies are close. It's hard to describe really. I also like that you can set the random seed for the levels manually.
The game is lacking depth in the long run but its absolutely fine when you get it on sale!
Would be nice to see this concept taken further into a full game.
What got me raging a bit was the item picking mode. Sometimes it picks the wrong item, even if you are really careful. That cost me a bunch of lives.. Updated with more gameplay: I've played through about 8 stages so far, and the content is pretty simple but well implemented. Scattered throughout the randomly generated maps are chests that hold "keys," ammo and weapons. You loot those while avoiding the pumpkin people and traps. The random gen works well enough and I've seen no bugs to speak of. It feels rogue-ish, but it is forgiving; a bit too forgiving.

The difficulty does increase leading to bigger maps, end gates that need more than one key and more enemies. There are also better weapons that are fun to use, but it became really easy after I got some gear. The two enemy types (so far) are pretty easy to deal with.

I didn't run into any bugs and the content flows well, though I did find myself setting off tripwires when I was pretty far away.

This game could be a fun rogue like in time, and it has a good foundation, but it is a little bland atm givin how easy it is. We'll see what happens after I get to the end. I don't know not great, but not terrible. Might just be me but needs to go back into the oven and finish cooking.