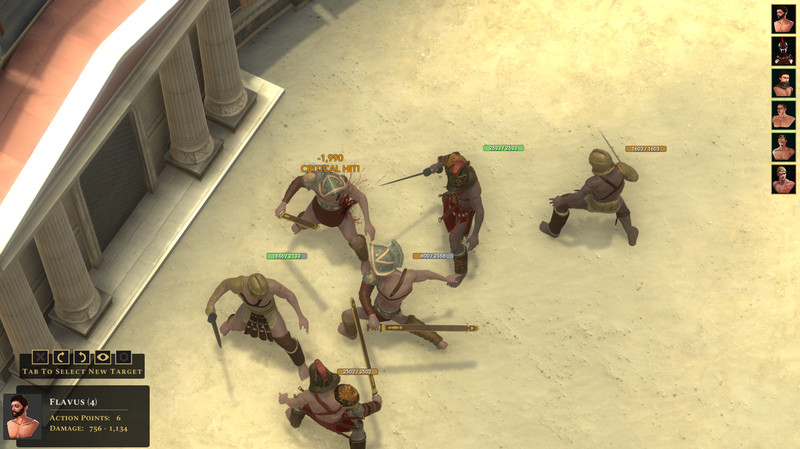 Age of Gladiators II: Rome is a single-player strategy game set in the twilight of the ancient Roman Republic; a violent and unpredictable time when gladiatorial games were nearing the height of their popularity.

Hire scouts to scour the continent for potential prospects – once you have recruited your gladiators, you will need to manage their morale and personality while equipping them for battle. Recruit support staff, upgrade your gladiator school, collect bounties, research technologies, partake in side missions, and manage the wealth and reputation of your ludus as it grows each day.

As your fighters win battles and increase in level, it will be up to you to decide how to focus their abilities by spending attribute, weapons, and expertise points. Compete, trade, and interact with other in-game owners as you advance through various cities of the empire before achieving enough fame to compete in the grand coliseum of Rome herself. 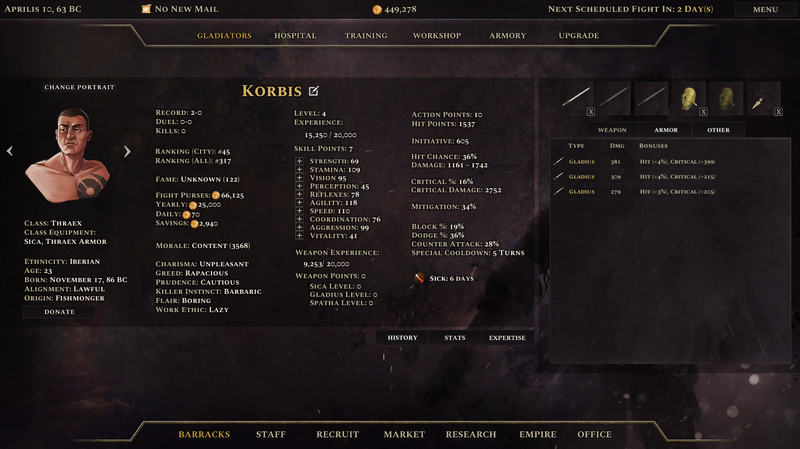 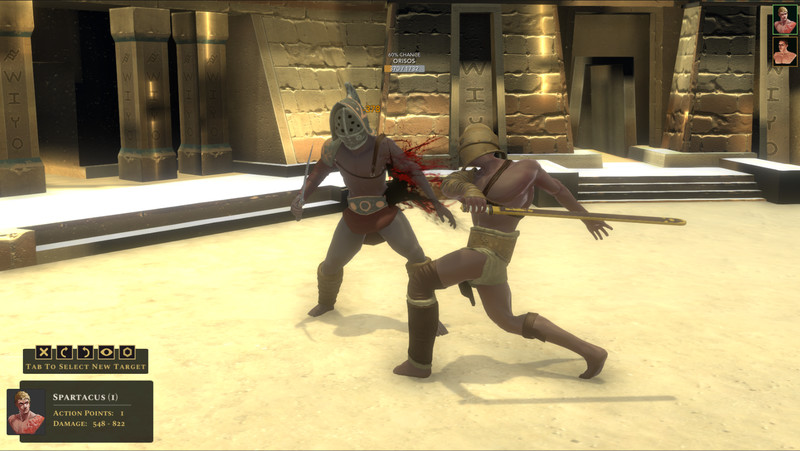 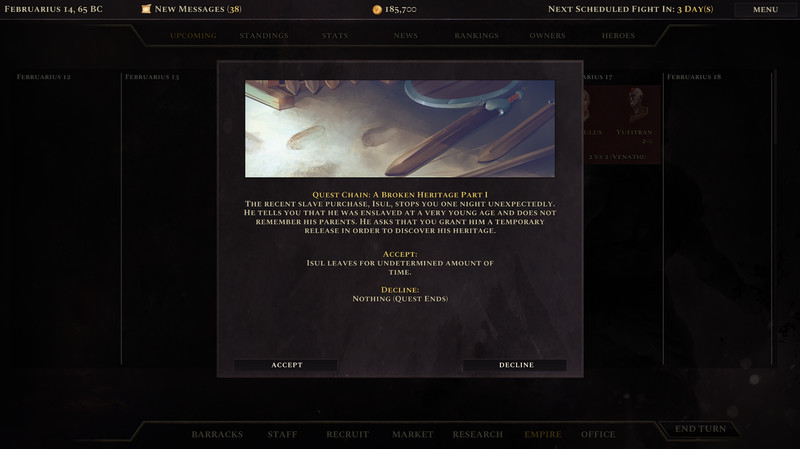 
Absolutely love the game. Thought provoking and entertaining. Admittedly, it does become somewhat monotonous later on, but do not let that deter you from an incredible experience.. This game is borderline broken and very unbalanced. Basically it's a guessing game on wether or not you will actually get an opponent you can actually beat. Sometimes you'll get an opponent so weak you can beat them in one hit or you'll get a tank with almost 3 times as much health as you with 6 Yarrow roots so they can literally attack until you're dead. I could only go so far with putting up with this game but constantly saving my game before every fight hoping my odds are better is not fun. Also if you have to fight a lion just reload your last save because you will more than likely lose they can attack you 7 times per turn and will just utterly destroy you. This game is dirt cheap but in its current state its not good or fun. Hopefully they work on the game and make it a little more deep and enjoyable but right now the combat is stale. The strategy elements are non existant. The animation is straight boring. And the game as a whole is just frustrating. Do not buy in its current state even with the sale. There is a lot to work with here and I wish the developers well and hope that they can turn this into a halfway enjoyable game.. I trust the Devs constant updates will raise this games overall a full letter grade. From about a C- to a B-. Since i love Gladiator games this is great for me. So this game has potential as long as the dev continues to make needed changes.. This game could had been alot better. Real time fight is boring. I was hoping for a big improvement from the part 1 for this game.. While i like this game and i can see the upside and replayablity some of the mechaincs are just a little to one sided . The morale for your gladiators is very very bad imo . Constantly having to fork out coins to make sure they are happy or spec into it makes it tedious to make sure that you can keep them happy . Im yet to find a A gladiator that i can train without something happening . There are a few balancing issues in that regard but the game itself is great . Dev can do alot with it if he wishs and i hope he does

In the first iteration of Age of Gladiators, there were a few random events that popped up. With Age of Gladiators II: Rome, it was my intent to expand on this in order to make the world feel more dynamic and interesting. 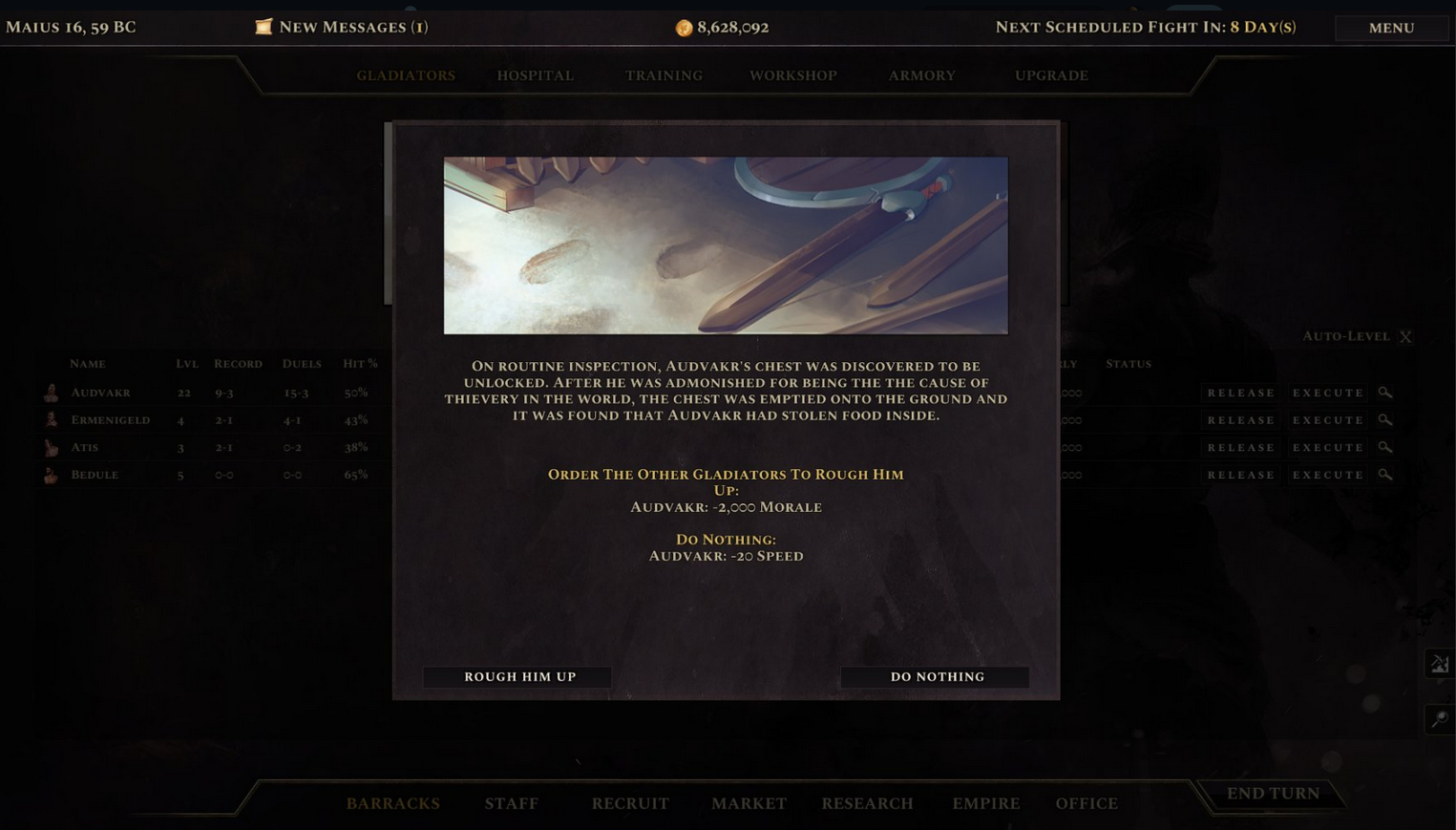 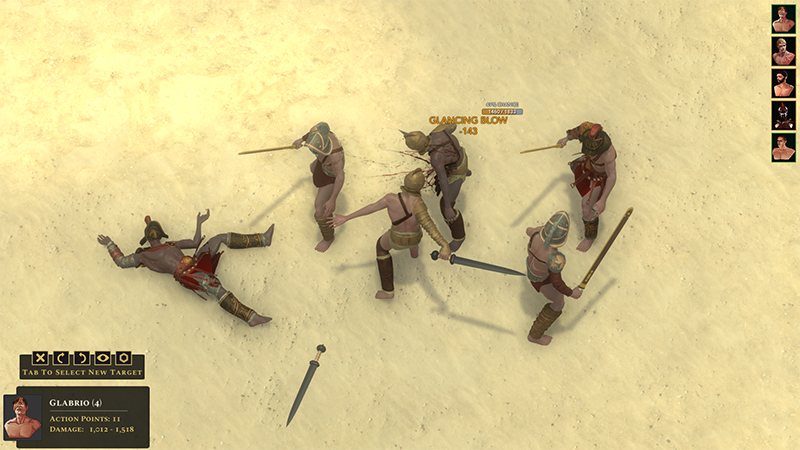 I have set a tentative release date of August 15, 2018 for Age of Gladiators II: Rome.

This gives me two solid months to continue fine-tuning the balance of the game as well as working out the last of the bugs that have come up so far from early play-testing.

As well, I'm aiming also to have some more features put in from my wishlist, such as a fight pit allowing an owner to pit their gladiators against one another in practice matches.

With this iteration of the game, I have gone back to the roots of the original Age of Gladiators beyond just the ancient Roman setting - this version will also have a similar city progression of the first game, but this time based on fame and money.

As well, it has been simplified from Age of Gladiators II: Death League, as I was able to better ascertain from that version the features that people enjoyed and versus the ones they didn't.

Please feel free to follow this page as I make more announcements in the coming weeks! 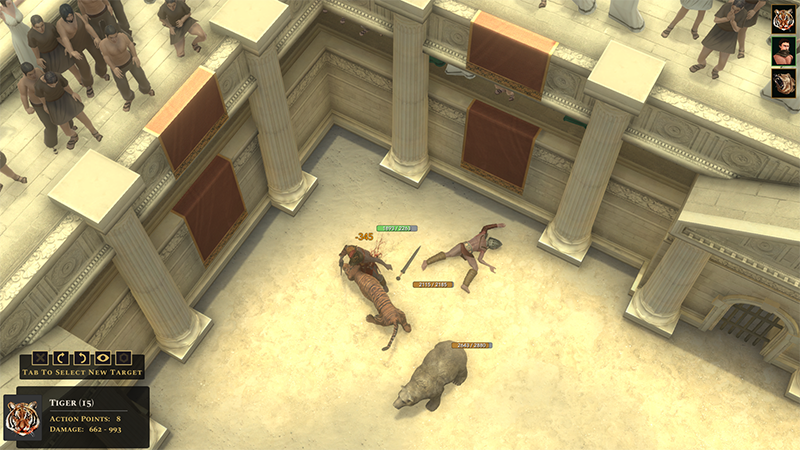 . Latest Updates - September 1st:
Quite a few updates the last few days, including an important increase of combat speed in the arena.
More to come! Thanks for all your continued support so far - I truly appreciate it. 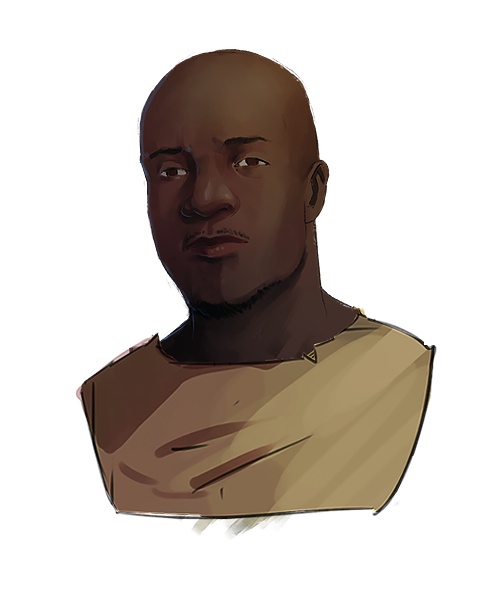 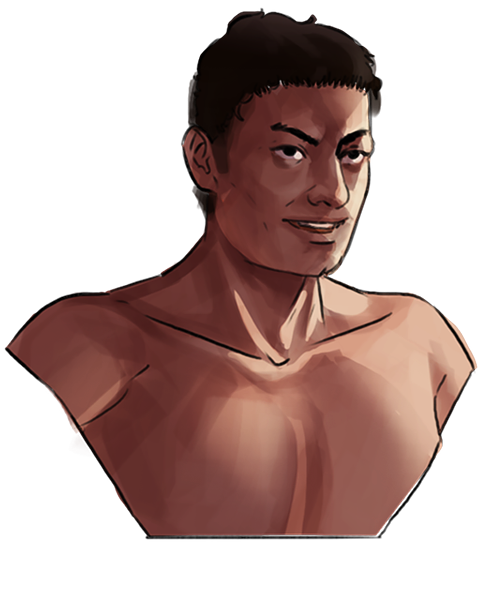 
Thanks again for all your amazing support thus far! 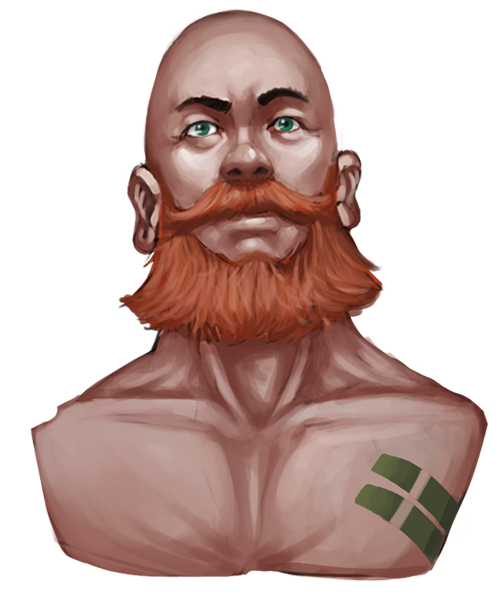 . Latest Updates - August 26th:
Some more updates from August 25th and August 26th.
Thanks again for all your amazing support thus far!

. Latest Updates - August 28th:
Big update today, including a fix for the stubborn start a new game bug.
Thanks again for all of your amazing support thus far! 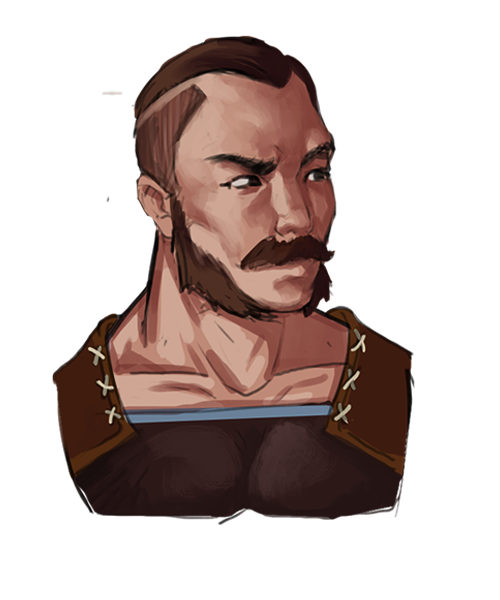 More will be coming, including additional portraits.

Here's a list of the latest incremental changes made thus far:


Thanks again for the support and hope everyone is having fun! 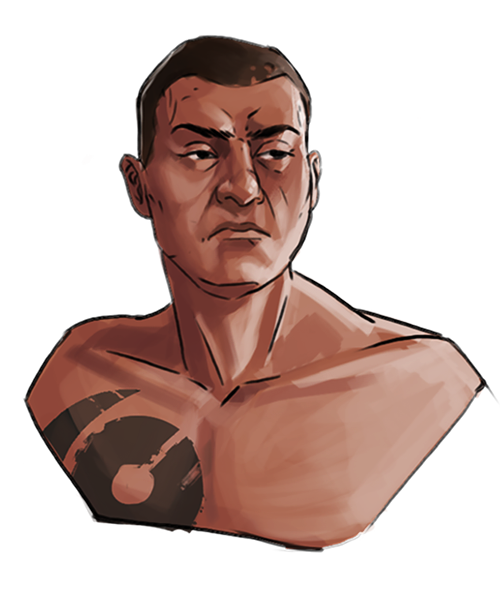