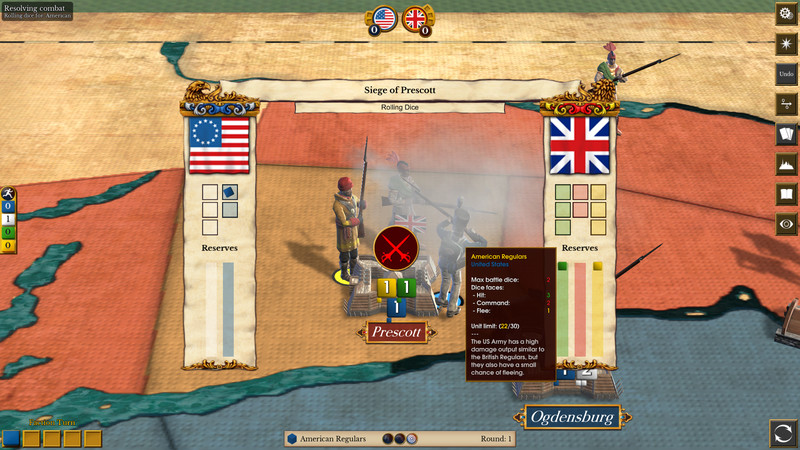 The year is 1812. Great Britain and her allies are battling Napoleon for control of Europe. In response to British seizure of American ships and goods, the young United States declares war on Britain and invades Canada. You and up to 4 other players take command of the armies of the British Redcoats, Canadian Militia, and Native Americans, or of the American Regulars and American Militia to decide the fate of the Americas. The action takes place on a huge historically accurate map that spans the United States and Canada from Detroit to Montreal. Players from each faction cooperate to gain control of key towns and forts.

1812 features fast, intuitive and fun gameplay that involves teamwork and strategic planning in a historic and educational setting. This is THE GAME for people who want an enjoyable and manageable introduction to historic/conflict based games.

In 1812 - The Invasion of Canada, players take on one of the roles of the major factions that took part in the War of 1812. On the British side these are represented by the British Regulars (Redcoats), Canadian Militia and Native Americans; and the American Regular Army and American Militia comprise the American players. Players for each side will cooperate with each other in order to plan and conduct their campaigns. Each side will attempt to capture Objective Areas on the map. When a truce is called, the side that controls the most enemy Objective Areas wins. 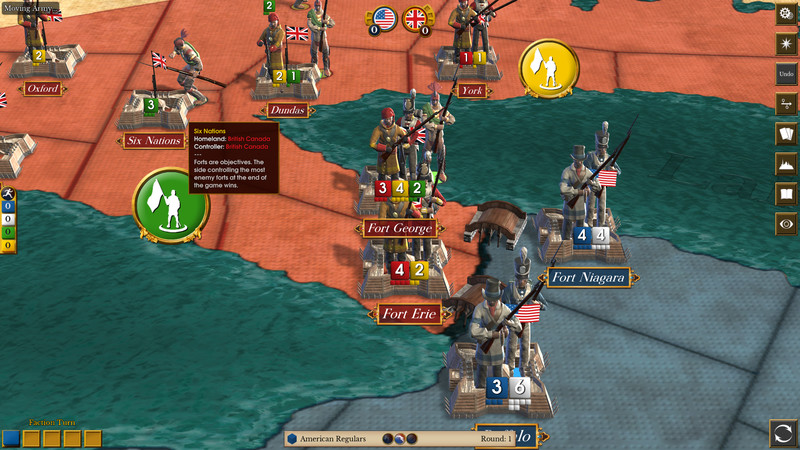 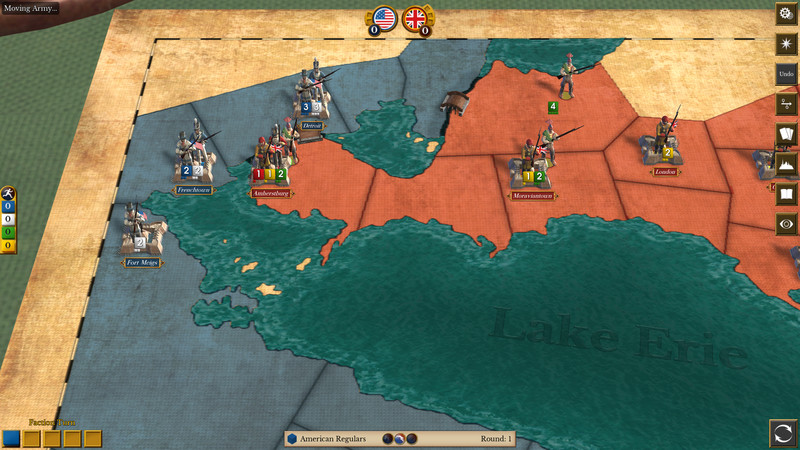 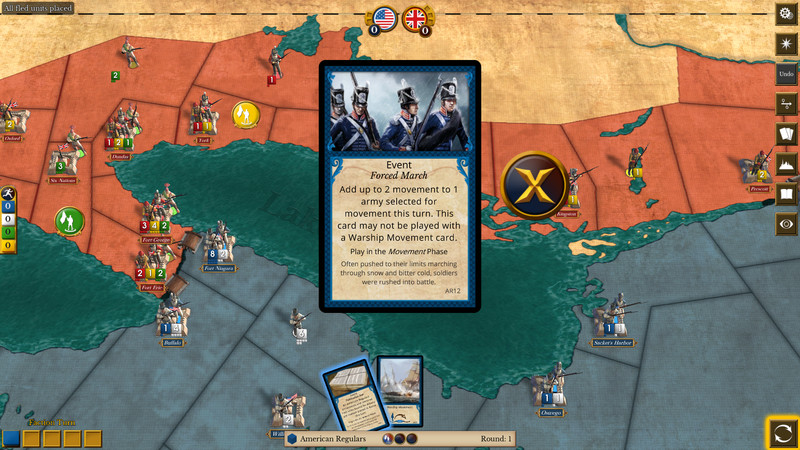 
An accurate and complete rendition of the boardgame, quite suitable for hotseat play if you don't own a physical copy. No bugs experienced for me on Windows 10. Like the physical version, really gives some useful historical insights into how the actual war was fought. The single-player AI isn't flagrantly stupid, but it's nothing an experienced boardgamer likely won't have figured out inside of two tries... at two hours for a game, that's four hours of value, unless you can find a human to play with after that. Probably not worth the current non-sale Steam price, but still a solid product that does what it promises.